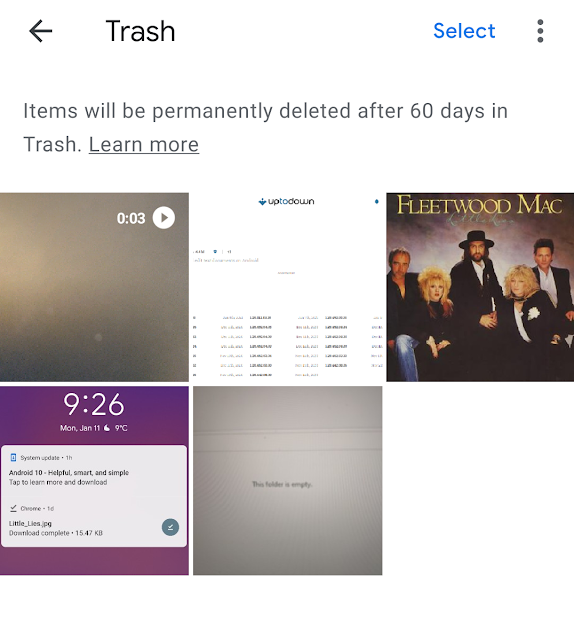 In fact, the information of the Google Photos Trash items will be stored inside the "local_trash.db" under "/data/com.google.android.apps.photos/databases/":

The "local" table of "local_trash.db" contains most of the useful information, including "local_path" (the original path of the deleted media file), "trash_file_name" (a UUID value that becomes the new name of the deleted media file), "deleted_time" (a Unix timestamp in milliseconds that recorded the delete time), "is_video" (where "0" = "no", "1" = "yes"), etc.
As soon as a media file was deleted inside Google Photos, the media file itself will be relocated from its original directory to the "/data/data/com.google.android.apps.photos/databases/files/trash_files/" directory.
In addition, the media file will be renamed as the "trash_file_name" value found from the "local" table inside the "local_trash.db".
In the example below, it could be found that the "125a9db3-3d3c-49b7-8bde-5015d30bf229" file under the "trash_files" directory was originally stored under "/storage/emulated/0/DCIM/Camera/" as "IMG_20210111_212729.jpg", by referring to the entry that contained "125a9db3-3d3c-49b7-8bde-5015d30bf229" as the "trash_file_name" in the previous screenshot . 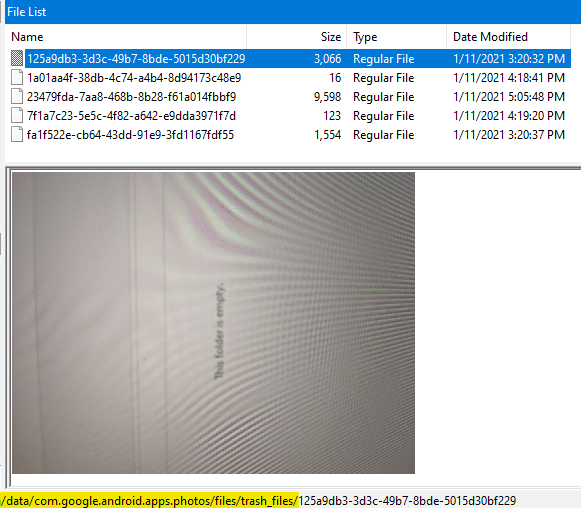 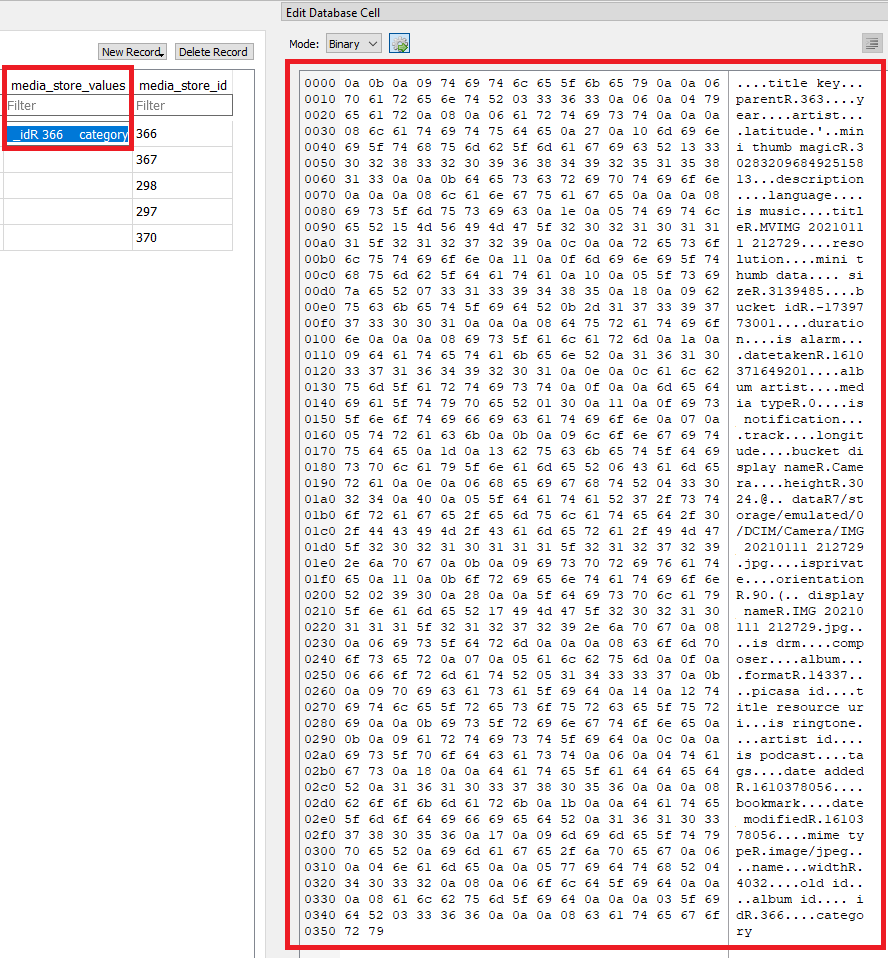 After the deletion of a media file inside the Google Photos app, the respective entry of that media file inside "external.db" would be removed as well. This was observed on both Android 9 and 10.
From the screenshots above, the media files with "_id" value "366", "367", "298", "297" and "370" were deleted. It was observed that their respective entries inside "external.db" were deleted too. 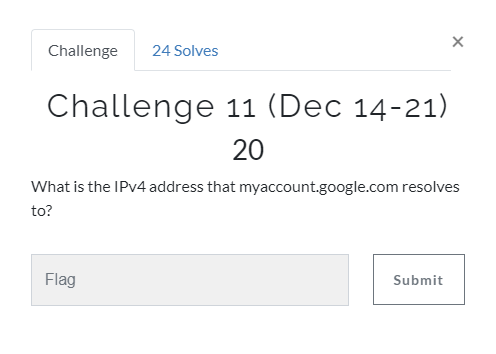 The challenge of this week was a standard 2-parter. Even though it was not a lengthy challenge, I had learnt that one could reconstruct network pcaps from a memory image . 😁 Upon reading the question, I was initially puzzled by it. Nonetheless, I still tried to look for the answer from the Volatility netscan output and tried dumping the " C:\Windows\System32\drivers\etc\hosts " file from memory. Sadly , none of these two paths gave me any answer. Things took an unexpected turn when I was reading other participants' week 10 writeups, some interesting content from Stark4n6's writeup  caught my attention. In that writeup, he referenced an articl e that talked about reconstructing network pcaps from a memory image . Using the " bulk_extractor64.exe -x all -e net -o test/ memdump.mem"   command, a packets.pcap file would be obtained.  Wireshark could open the   packets.pcap file and the answer ( 172.217.10.238 ) could be seen immediately. Part 2 of the challen
Read more